My mother’s family in the 1940 census

The 1940 census was released to the public in April, 72 years after it was taken. It is all available on ancestry.com but only a few states are indexed by name. But if you know where your ancestors lived in 1940, it’s still not difficult to track them down.

In earlier posts, I wrote about finding the census returns for my father’s family (my grandparents, all seven of their children and two lodgers crowded into the two-bedroom house I remember from my childhood) and for my great-grandmother Mary Sabol (who by then was a widow living in an inexpensive apartment near the family church with her two youngest children).

I also found the census return for the mother’s family. We see that all five members of the Agin family – my grandparents Harry and Anna and their children Matilda, my mother Lillian and Harry Jr. – were living at 147 Codwise Avenue (now Joyce Kilmer Boulevard) in New Brunswick, New Jersey. If I remember correctly, it was an upstairs apartment at the corner of Sandford Street. By the time I came on the scene, my grandparents moved to a house a couple of doors down the road. But I remember mother pointing out the family’s former home.

1940 census record for my grandparents Harry and Anna Agin who lived in New Brunswick, NJ. (see rows 33-37). Click to enlarge.

According to the census record, the Agin family rented their apartment for $31 a month. There were plenty of renters in that neighborhood but many homeowners too. My grandparents would never own their own home.

Harry, the head of the household, was 39 years old. He was the only breadwinner, supporting  the family through his work as a plumber. The census form doesn’t reveal how much Harry earned in 1940. In the column for wage and salary income (no. 32), the census taker put down “0” – probably because he had his own business and didn’t make a salary as such. Column 33 reports that he made more than $50 from sources other than salaries or wages.

Anna, then 35 years old, was a home maker. Column 21 confirms this with the designation “H.”

The most interesting thing I learned from this record is the extent of my grandparents’ formal education. Column 14, which asks for the highest grade of school completed, indicates that Harry went to school through the sixth grade and Anna went to school through the eighth grade. They both came from poor backgrounds and they were expected to help support the family as soon as they could. To this day, I can remember my grandmother telling me how much it pained her to have to leave school.

My grandparents’ three living children (their first born daughter Mary Anna died in 1924) are all recorded as residents of the apartment on Codwise Avenue – although I am pretty sure my mother Lillian was actually living at the New Jersey School for the Deaf in Trenton where she was a boarding student.

Matilda, who went by Tillie, was 14 years old. She was in the ninth grade. My mother Lillian was 11. As I said, she went to the state school for the deaf where she would have been in the sixth grade. (For some reason, the grade level was left blank.) Harry Jr., the youngest, was 8 years old. He was in the second grade. 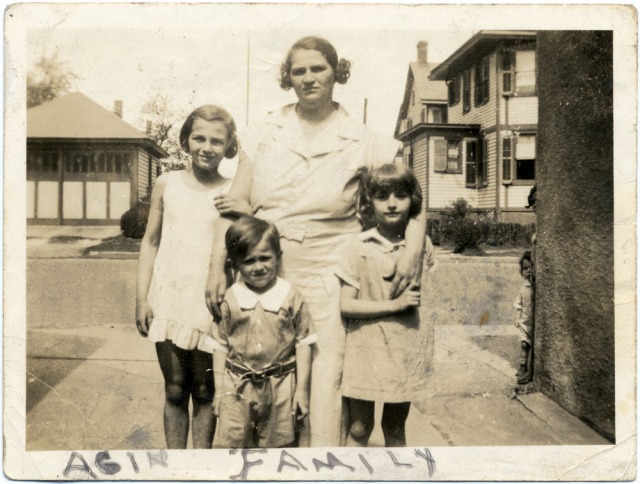